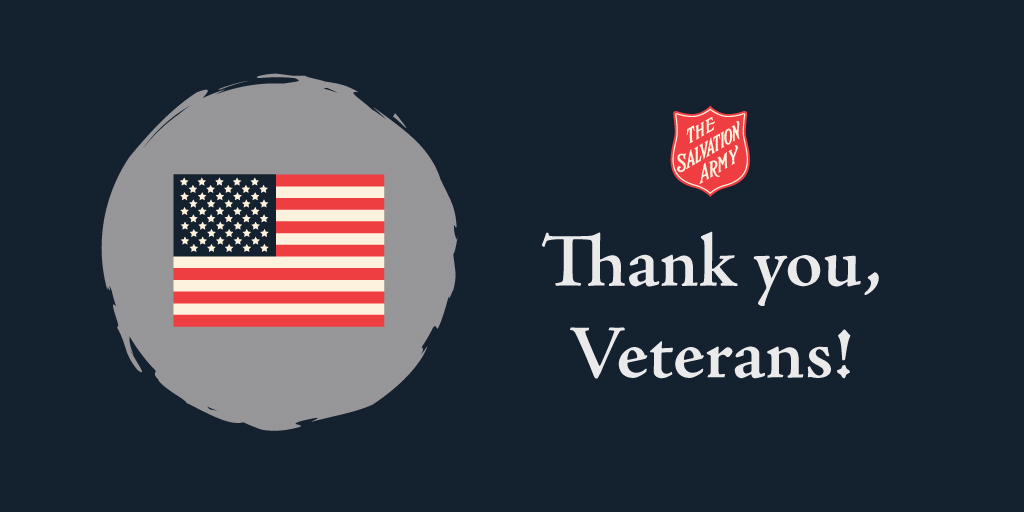 The Salvation Army has made it our mission to serve those who've served us.

It all began with doughnuts and coffee for soldiers during World War I, and it only grew from there. Today, The Salvation Army offers a range of veteran services, providing comfort, support, counseling, and a home to thousands of veterans and active-duty families in need across the country each year.

Right here in upstate NY, we received an email from a woman whose family was fighting to make ends meet.  Her husband, who serves in the National Guard, had returned from deployment without warning.  His deployed active-duty pay was reduced the moment he returned home. Already living paycheck to paycheck, and nothing left in their savings, they quickly found themselves drowning.

When her email came to us, she was working on getting back to work. Because so much time had passed since her last employment, she needed to update her background checks, medical reviews, and go through other necessary onboarding processes that were going to take at least a month for her to get through.

We could sense as we read through her story that this was the hardest thing for her to ask.  She didn't want to embarrass her husband, but she knew she needed to feed her family. Then we looked at her email signature.

She was one of our volunteers.

Her father-in-law also happened to be one of the local Salvation Army's biggest volunteers/supporters as well as the commander of the American Legion, Boy Scout Leader, etc.  He was the one who directs all new veterans, as they come home, where to go for help and reminds them not be ashamed to ask for help, yet it was his son who was in need and didn't ask for help.

We reached out to him and recounted the story.  His immediate response was, "Who is it? What's their address?  I'll pick up the food and get it over to them."  We gave him the address, and his voice cracked as he simply responded, "Ahhh, man....".  Each week, he stopped in to pick up a box of food for his son's family until they got back on their feet.

Today, the family rings bells with their entire family, with the Boy Scouts, and with other groups. They are all there whenever we have someone in need.

Because of donors and volunteers like you, we are able to express gratitude for our country's bravest men and women by offering a hand and our hearts to those struggling to find their way after coming back home.

Find out other ways The Salvation Army serves its military heroes because of your support.